10 Things You Need to Know to Make a Successful App

Do you have a breakthrough idea that could change the world? Or at least change the world for a certain group of people? Are you not sure what to do, having never created a mobile app or founded a start-up? Don’t worry. Have a cup of tea or coffee (or at least a glass of water) and join us for the step-by-step guide to creating mobile apps.

Can you describe in one sentence what your app does in a way that everyone understands it straight away? If not, it will be quite tough to convince people that they should buy it or that they even need it in the first place. Be clear about what you want to do and what the essence of your idea is. Many other things will pop up during the brainstorming process, but for starters, you need a clear-cut, easy-to-understand and simple strategy.

Get inspired by Airbnb: “Book unique places to stay and experience the town as if being a local.” See? It’s a piece of cake. Everybody knows what exactly the app is supposed to do. This step makes it much easier for you to come up with a plan for achieving your goal.

2. Ask Others What They Think

“What if someone steals my idea?” Don’t worry about that – we all have plenty of ideas. You must figure out if your idea stands out in one way or another. Does it bring a solution to a so far unsolved problem? Or does it improve a solution provided by someone else before you?

Make a personal survey among your friends and ask them what they think. They may provide you with useful feedback and inspire you to perfect your idea. At the same time, though, ask yourself whether the issue you want to address is of interest to a wide spectrum of people or only to you and a few friends in your social circle.

3. Team Up with Cool People

Getting things done by oneself can be arduous. Especially when creating a mobile app. That’s just the way it is. Team up with capable people who will share your vision. It’s simple. First, you need a hustler – someone who sets pace and direction for others and is able to negotiate all sorts of things.

Second: A marketer who understands what people want and knows how to present your products in an appealing way. Ideally, they should also know something about UX (yeah, not easy to find someone like that).

And finally, there is the IT guy who knows how to code everything and who can supervise the development process and all the technical stuff you don’t want to bother with. Or just call us instead. And remember that when it comes to founding a start-up, two people are too few and three too many. You’ll soon understand why.

Which features should the app have to solve the problem at hand? And which features are unnecessary and don’t address the core issue? First of all, let’s get clear what the MPV (minimum viable product) actually means. This is the basic version of your app which does exactly what you can sum up in that one-sentence description. Nothing more, nothing less.

It wouldn’t be smart to furnish your app with loads of features without having it tested on a few hundreds (or thousands) of users first. You have to know whether they’re actually interested in the basic functionalities of your app. Airbnb also focused solely on accommodation before extending its services to “Experiences”. It is only after people start using your app that you can figure out which features are useful and which are not.

5. Business Plan, or How to Make Money

We’re heading into a tricky territory. How are you going to make money? Are there enough customers on the market you’re trying to enter and how much are they willing to pay? And how often? Would they be interested in your product at all? Do you know what TAM, SAM, SOM is? And which features will be accessible to paying members only?

Don’t underestimate the market survey and get rough estimates at least. We say “rough” for a reason – don’t fall for the illusion that the estimated numbers will be reached in reality. It’s about planning, not fortune-telling. Define a “pessimistic”, “realistic” and “optimistic” scenario, include all costs and remember that turnover doesn’t equal profit.

6. Marketing Is Everything in Online World

Important! It defies understanding, but many people actually ignore this point. Completely. It goes without saying: You have to get your app among people. And that costs money. A lot of money. No, a Facebook banner promoted by yourself for a few hundred EUR won’t really cut it. And neither will a couple of friends sharing your post. This is not how you conquer Facebook. Forget about reaching multitudes of new users this way.

You need a solid marketing strategy to stand out. Both online and offline. Ads and Facebook aren’t enough. You have to use all kinds of media to build good PR. And even all that may not suffice. Think about possible affiliate partners. Choose someone with similar, but not quite the same audience as you so you don’t compete and can cooperate instead.

And allocate enough money from your budget. Tens (or even hundreds) of thousands of EUR.

Prepare a roadmap with specific details including not only the steps necessary for developing your mobile app, but also other important information. Think ahead: What are you going to do next and when? Don’t forget that not everything has to go according to plan. Be sure to include the “what do I do if…” column. The rule of thumb says that everything is going to take twice as long and be three times as expensive than estimated. Don’t worry if something takes a bit longer or costs a bit more than you expected.

Are you investing your own money into the project? Great! That means you have done the maths under point no. 5 properly. But what if you’re going to ask for an investor’s money? Well, for every 4 EUR invested they’ll want 25 EUR back. Ideally. Or at the very least, we should say. Thanks to their demanding nature, investors are a great touchstone for all “ground-breaking” ideas.

So how can you succeed? Don’t underestimate the previous steps. Be careful to define your idea in a way that everyone can easily understand what the app does. Calculate your business plan and be ready for more scenarios. Be sure to have a roadmap so the investor knows what is supposed to be done by specific deadlines. Don’t underestimate marketing and think well about when your app will be launched – make sure you know how to reach your first users. Put it all together into a neat slideshow which you’ll show to your investor. It’s called pitch deck. Google it. Now.

And the most important thing!

Remember that investors invest primarily in people and teams! No matter how awesome your idea may be, unless you convince the investor that you’re capable of bringing it to life, you can forget about the whole project.

Alright. You have the plan and the money. Now it’s time to actually create the app you have been dreaming about. That means converting the whole idea into the IT language of ones and zeros. In spite of having covered eight points already, this is where it actually all begins. Brace yourself for something huge. Complex programming and mathematical problems, wireframes, backend, frontend, CSS, UI/UX, … all those things you want to leave to professionals.

If you’re going to contact an agency like us, bring everything you’d show to your investor. And their money, of course (we wrote about how expensive mobile app development is here).

It’s time to release your app. MVP is finished, basic functionalities work, marketing campaign is ready (we hope you planned it many months ahead instead of contacting an agency 3 weeks prior to launch) – it’s time to get it to users! And also to find out how they feel about it so you can add the right features and improve your app even further. It’s tough, but it’s worth it. And it’s always good to have the right people at your side to help you out.

And by the way – don’t forget to throw a launch party!

Ready-Made Software, or Tailored Solution? Which Is Better for You and Why?

Purchasing a ready-made product can be fast, simple and often relatively cost-effective. Solution… 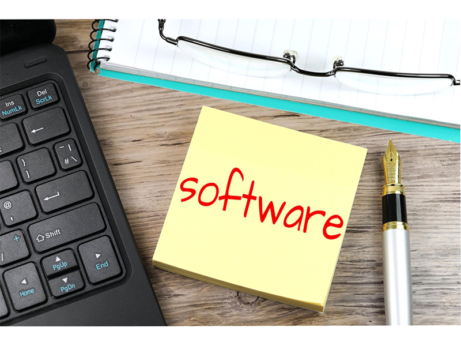 Cooperation That Pays Off: What Makes Think Easy No. 1 Partner for Your Project

The world of IT is in a state of constant flux. That’s why…

How Expensive Is Web App Development?

Do you fancy a simple dynamic website or a sophisticated technology for hundreds,…